LaLonne Martinez, a businesswoman, is also known as the mother of four children of The-Dream (Terius Youngdell Nash), who is a record producer, singer, and songwriter.

The-Dream is a man, responsible for writing Beyonce’s biggest hits, like Run the World, Love On Top, Single Ladies, and more. What’s equally impressive is the fact that he is the one who wrote Justin Bieber’s Baby, Mariah Carey’s Touch My Body, Britney Spears’ Me Against the Music, and Rihanna’s Umbrella.

While LaLonne’s husband is known for his work in the music industry, her own identity is unspoken of. Stay with us as we go through LaLonne Martinez’s relationship with her husband, about their children, and more about her personal life!

LaLonne, a Virgo, was born on the 31st of August, 1986. She was born to Lavonda Jackson, and a Hispanic father, an army, of whose no information is found. She has a younger sibling sister named Annika. 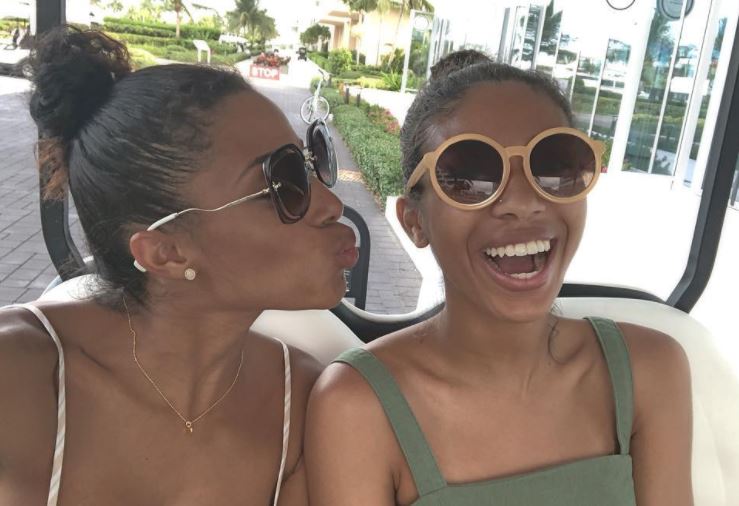 Martinez is not only a mother of Terius, or a life-parter of him, she apparently is a businesswoman, who has a line of home decor, The Nash Home Estate.

You guys can find more of her information in her Insta account, @lay.gd, and here is her husband’s account @thekingdream as well.

Talking with Madame Noire, The-Dream aka Terius Nash revealed that he met his current wife, LaLonne Martinez at his friend’s office, and they zinged off quite immediately.

LaLonne’s husband, Terius says that she is quite different from his previous partners because there’s no drama. Further, he also explains that their relationship is like the Umbrella song, ‘When the sun shines, we’ll shine together.’ 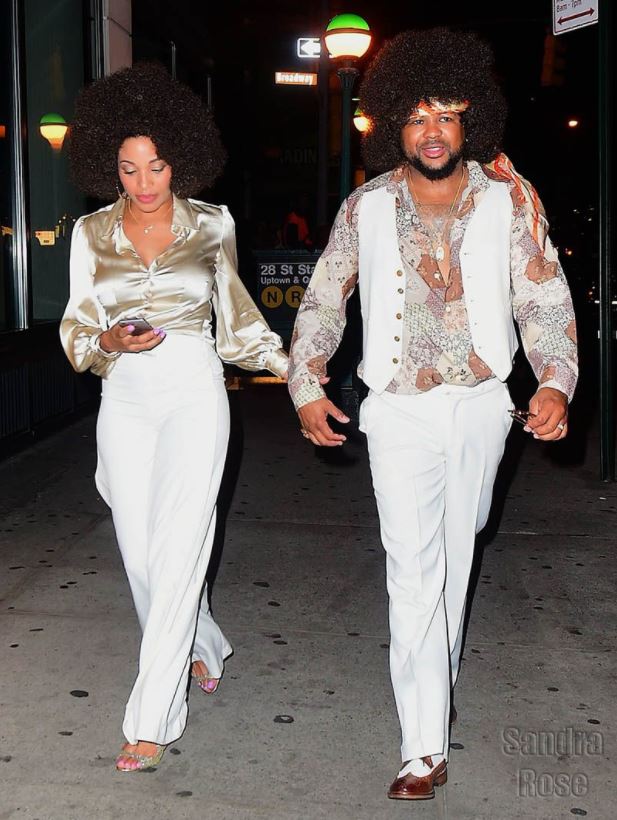 LaLonne also adds she and her husband work together so perfectly.

How LaLonne Martinez and The-Dream Met?

While The-Dream says he has no clear idea of where and how he met his wife, LaLonne claims that she met him in crossing at one of his friends’ offices.

In an interview, the duo stated the encounter was random, where they weren’t seeking each other out. They added that their first meeting was like, ‘Aye, you’re cool.’

LaLonne and Nash really didn’t publicize their romance right away. After keeping it inside a curtain for a while, they finally hinted about them in May 2014, sharing matching Insta posts in their accounts.

Their First Public Appearance As A Couple

The R&B songwriter, The-Dream first appeared along with Martinez in the public, in September 2014, PageSix reported.

They were seen during the court appearance of Terius, for allegedly kicking his then-pregnant ex-girlfriend, Lydia Nam in April of 2013. 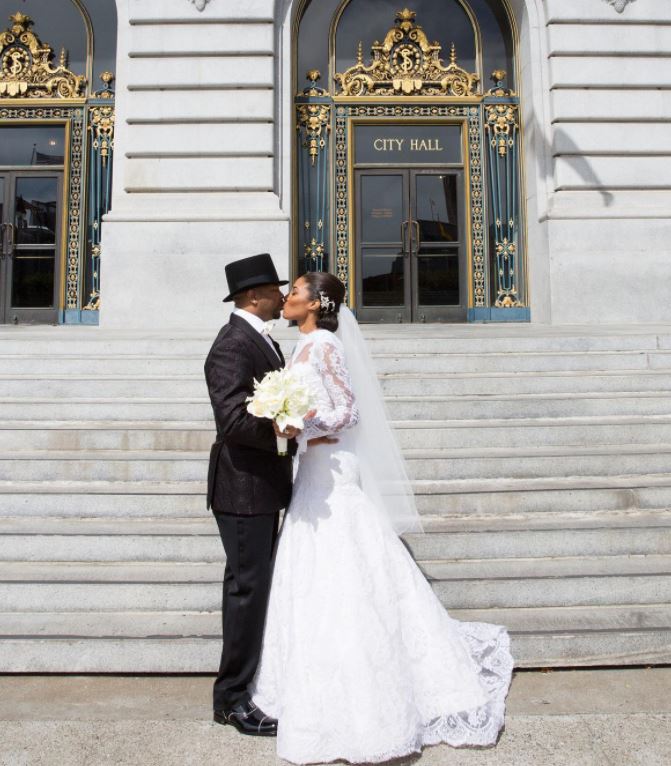 LaLonne Martinez’s wedding picture, she shared this picture on the occasion of her 5 years anniversary.
Photo Credit: Instagram/lay.gd

In July 2014, the duo tied knots in a secret ceremony at San Francisco City Hall, Baller Alert reported. Amidst their marriage, The-Dream was still facing assault charges from his ex-girlfriend, Lydia Nam.

How Many Kids Does LaLonne Martinez Have?

Martinez’s third child, Maverick’s conception was rather surprising, as she was on an IUD.

Also, during the delivery of her fourth child, Elysees, LaLonne had to go through some difficult health challenges. As per an insider, Ms. Nash ‘lost a lot of blood, and underwent five blood transfusions.’

Martinez posted on her Insta saying,

“This birth was by far the hardest.”

“Our baby girl [is] doing well…She is a fighter and she is thriving. Baby girl you are strong, you are fierce, and you are so loved.”

Moreover, LaLonne also revealed that they had a daughter eight weeks early.

How Many Kids Does The-Dream Have?

He has three children with his first wife, singer Nivea, namely, Navy Talia Nash, London Nash, and Christian Nash. The ex-pair was in a marital relationship from 2004 to 2008. Likewise, he has a daughter with singer Christina Milian, named Violet Madison Nash. He was the husband of Christina from 2009 to 2011. 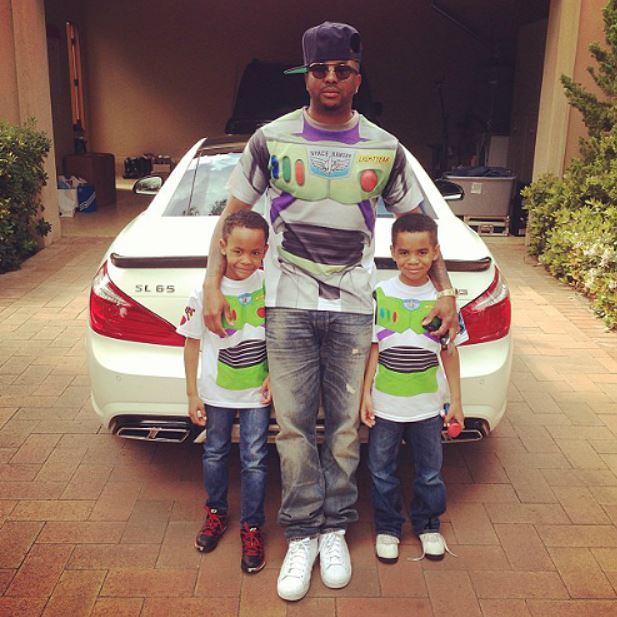 The-Dream’s fifth child, whose name is yet to be disclosed, was born from his momentary romance with Lydia Nam.

LaLonne Martinez and Her Husband’s Ex-Wife are Friends

LaLonne is on a friendly term with The-Dream’s second wife, Christina Milian.

In fact, LaLonne and Christina once went on a family vacation in Puerto Rico, along with The-Dream and their children. Later, Christina event shared a picture on her socials.

Moreover, she also has spoken highly of her positive co-parenting relationship with LaLonne and The-Dream. Talking to SheKnows in 2019, she said,

“My ex-husband and his wife [Lalonne Martinez] are fantastic people and we do great co-parenting — international, state to state, and all of it. We’re able to make it work and put our daughter first.”

How Much is LaLonne Martinez Net Worth?

Sources report that LaLonne Martinez’s other half, at present has a net worth of $50 million. The figure is huge – he amassed all through his musical career, since the mid-90s.

So, how much is LaLonne Martinez’s net worth? Well, her net worth is estimated at $500 thousand. She owns her own company named The Nash Home Estate, which sums up her revenue.

For more articles on Relationships, make sure you bookmark this article section!

BY Kai Amato
465 Shares
Jojo Siwa 1 year ago
JoJo Siwa’s Girlfriend: She Helped The ‘YouTuber’ In Coming Out As Gay!