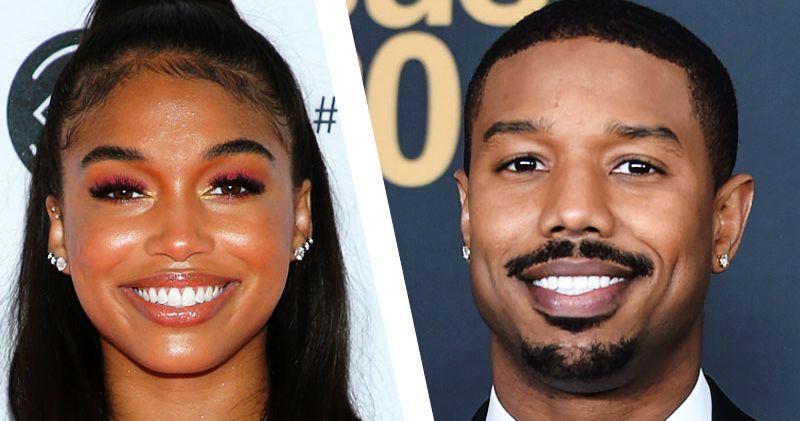 We are just in the third week of 2021, and Lori Harvey gave a huge surprise to her fans with the dating news. With months of rumor tangled with Michael B. Jordan, both of them made affirming remarks about their relationship status.

The duo confirmed their romance from their respective Instagram account on 10th of January 2021. Though the romance of Lori Harvey, 23, and Michael B. Jordan, 33, has been the centre of attention, their fans are eagerly waiting for more intimate memories shared on their respective social media.

As Lori is relishing her love life with 2020’s Sexiest Man Alive, Michael B. Jordan, let’s know how the couple made their first encounter. Along with that, let’s dive into the model’s previous love life, which includes some of the entertainment industry’s well-known faces.

New Couple in Town: Lori Harvey and Michael B. Jordan

Rumors about Lori and Michael’s affair began to swirl around when they headed to Lori’s native-city Atlanta for Thanksgiving, wearing matching sweatsuits, in November 2020.

In November, Michael also spoke with People about what he was looking for in a partner.

“A sense of humor, true understanding, because [an actor’s] life is not conducive to a relationship—it’s really not,”

“Somebody that’s nurturing. I’ve got a list. That’s probably why my ass is still single, but yeah, it’s a list.”

They were once again spotted snowboarding in Salt Lake City, Utah over New Year’s Holiday.

Though the pair opted for a low-key relationship, they confirmed their affair, sharing steamy shots of themselves simultaneously on 10th of January 2021.

The Black Panther actor uploaded two dark pictures with Lori where the duo was about to kiss. Likewise, Lori shared a polaroid picture with a heart emoji.

Caption: Lori shared two polaroids wherein one Jordan kisses her on the cheek and in the other, they were stand side by side in front of a Christmas tree with the caption, brown heart emoji.

Photographer Leo Volcy, who is a Creative Director for Michael B. Jordan, captured their romantic moment.

Furthermore, Michael made Lori’s 24th birthday special by giving 14 gorgeous bouquets of white roses. Lori thanked her boyfriend through Instagram, where she posted a photo of roses and wrote: “Thank you, baby, with heart eyes emoji.”

Before being in a relationship with Michael, Lori has dated several well-known figures.

Previously, Lori was engaged to Memphis Depay, a Dutch soccer player, in June 2017. Her parents, Steve and Marjorie, even gave their blessings to the couple via Instagram. Her mother wrote:

“Marjorie and I are proud to announce the engagement of our youngest daughter @lori_harvey_ to @memphisdepay this young man is a good one! Looks like the 3rd daughter that I’m letting thru the gate,”

Unfortunately, Lori and Memphis’s relationship came to an end in 2018.

Likewise, Lori was also linked with Sean “Diddy” Combs’ son, Justin, and rapper Trey Song. She was also in an on-and-off-again relationship with rapper Future.