Britt Robertson is no new name in Hollywood. Having multiple successful movies in her pockets like A Dog’s Purpose, The First Time, and The Space Between Us; she has garnered love from fans all over the world.

If you are curious to know more about her life, stay on this page. We have covered everything about Britt Robertson’s biography, Wikipedia, personal information, net worth, and facts.

Born on the 18th of April 1990, Britt spent her early days in South Carolina. She started as a child artist, appearing on-stage at Greenville Little Theater. By the age of twelve, Britt was already making LA trips for TV series auditions. She got a cast but sadly didn’t make it to the screen. Later, she moved to LA when she was fourteen along with her grandma, Shuler Robertson.

In the year 2000, Britt debuted in Sheena, and later made a guest appearance in Power Rangers Time Force. For her acting, she also earned a Young Artist Award nomination.

In 2004, she landed the role of Michelle Seaver in Growing Pains: Return of the Seavers film; which helped her gain popularity. Also, she starred in Dan in Real Life the same year. 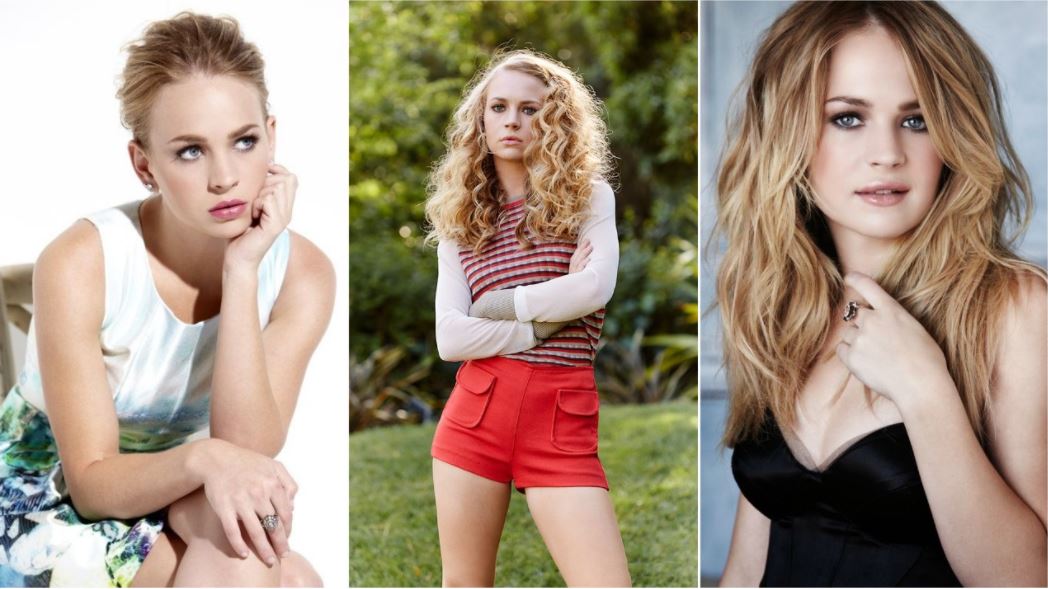 Britt Robertson is in the entertainment industry for more than two decades. Photo Credit: Gleaming Stars

However, it was in 2008, when she finally landed a lead role in The Tenth Circle film. And in 2009, she made a guest appearance on Law & Order: Special Victims Unit. After that, she appeared as the protagonist in series like The Secret Circle, and Life Unexpected.

Some of Britt’s recent works include the role of Melissa Henning, the wife of Jeremy Camp, in I Still Believe. She also starred in Big Sky. 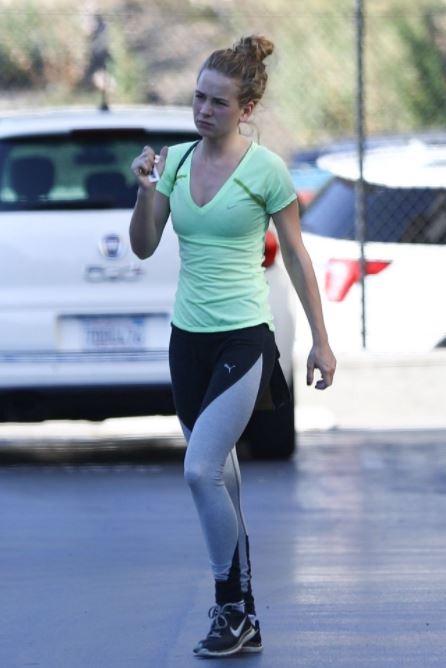 Britt Robertson heading to the gym for a workout in LA. Photo Credit: Twitter

Looking at her body structure, we assumed that she eats a clean and healthy diet. But, we were wrong, totally!

While asking her, Britt claimed that her sugar intake is quite high, and she eats donuts and mountain dew once a day as if she cannot survive without them.

Now we know that Britt is doing great careerwise, let’s talk about her love life; shall we?

The actress has been linked with one or more actors and celebrities before. However, the one that caught the eyes of most people was her relationship with actor Dylan O’Brien. The duo was together for almost six years before they split in 2018. 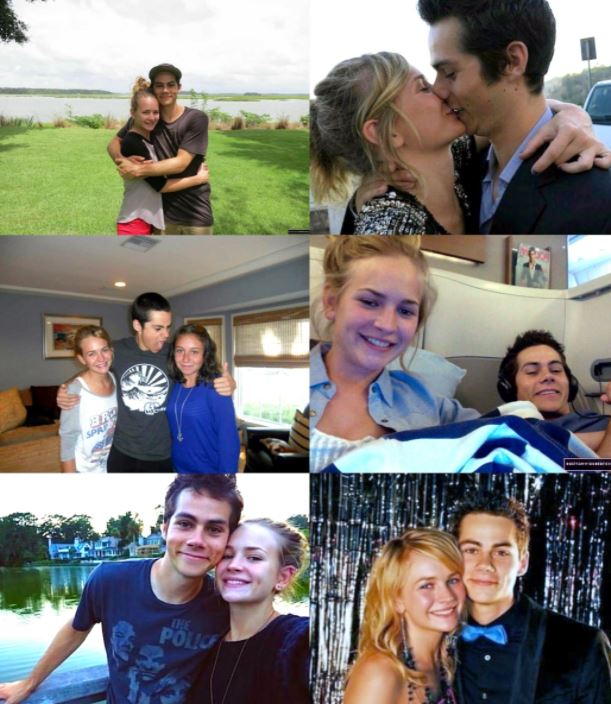 The same year, Britt’s relationship with Graham Rogers started making rounds on the internet. Britt later confirmed the news by sharing cozy photos with her then-boyfriend. But, when they parted ways, both Graham and Britt unfollowed each other. 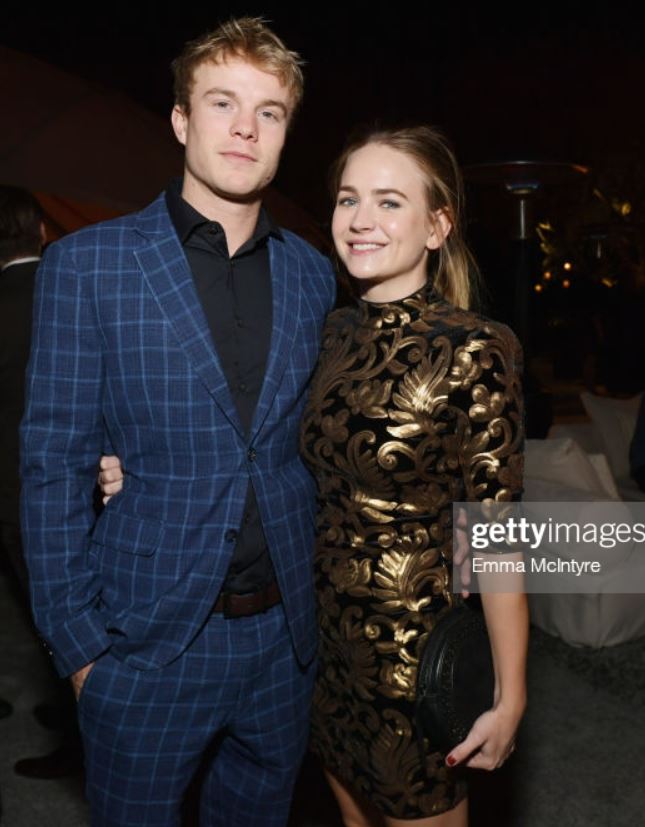 Apart from these, Britt was also rumored to be dating KJ Apa, a fellow co-star in A Dog’s Purpose. However, neither of them have confirmed nor denied the rumors. 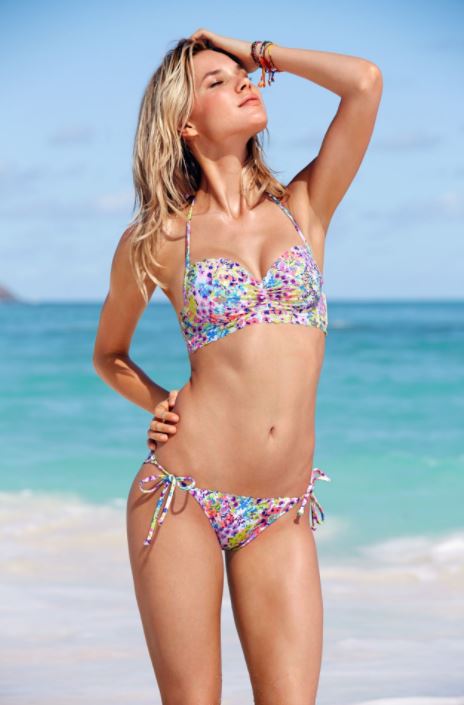 Even though Britt doesn’t need to tone her body shape, she was put under a strict workout routine during her Tomorrowland movie shoot. She had to do weight training most of the time. In fact, for that movie, she performed most of the stunts herself.

Britt, being a shy girl, doesn’t show much of her skin on camera. However, her Instagram shows different aspects.

Her topless picture is loved by her fans, and they didn’t stop there just looking, but also commented on her great physique.

Perfect back side really are a angel wow

Britt has been in Hollywood since she was just a kid. Most of the time, she is seen in decent and heartwarming roles. But people and their suspicions never came to an end. Her fans and netizens started questioning if she has undergone cosmetic surgery or not.

Well, plastic surgery speculations started when she showed her sensual side in the movie, The Longest Ride. However, those assumptions were completely wrong, as Britt never confirmed from her end. Or is she hiding something?

Britt Robertson Net Worth and Salary

Britt started her acting career when she was just a kid. She landed a debut role in The Ghost Club, in the year 2000. 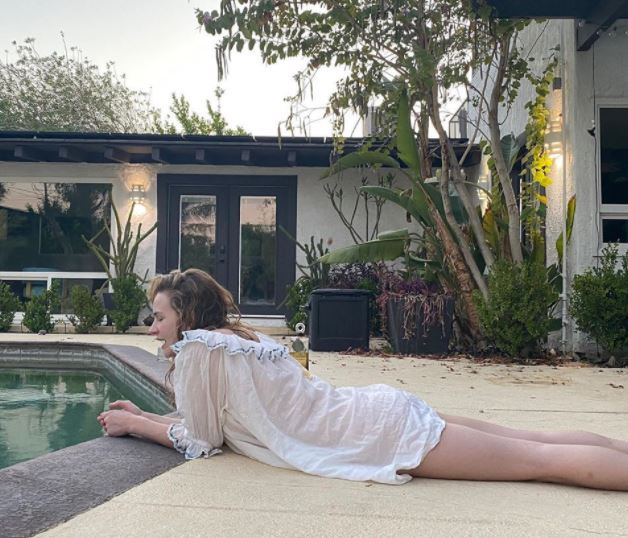 Twenty-two years later, she is still a successful actress. So, everyone knows that her lifestyle is lavish. As of 2022, Britt Robertson’s net worth is estimated at $3 million.

Britt has a dynamic personality. She has been in Hollywood for more than two decades, still, her facts are less-known to people. Here are a few facts you need to look into!