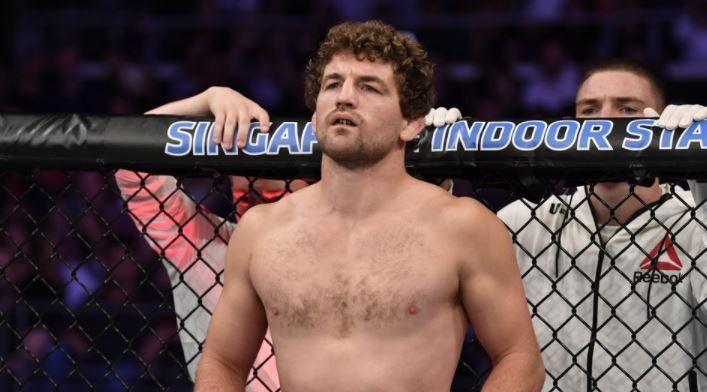 Behind the curtains of MMA championships and records, the retired MMA artist and wrestler, Ben Askren leads a blissful married life with his wife, Amy Askren.

Before entering UFC, he held Bellator and ONE Welterweight championships. Similarly, with grappling techniques, he became NCAA Division I National champion and Big 12 Conference champion two times. The former world champion in submission wrestling, Askren has a record of 19 wins and 2 losses.

When he isn’t on the fight ring or gym, he shares the tale of his achievements and records to his wife, Amy Askren. We’ll uncover relationship details of the former MMA fighter, Ben Askren, here:

As per her Insta bio, she labels herself as a wifey to the former mixed martial artist, Ben Askren. If she is wifey, her husband, Ben Askren must have the moniker too. True! Amy summons him, ‘Funky’. 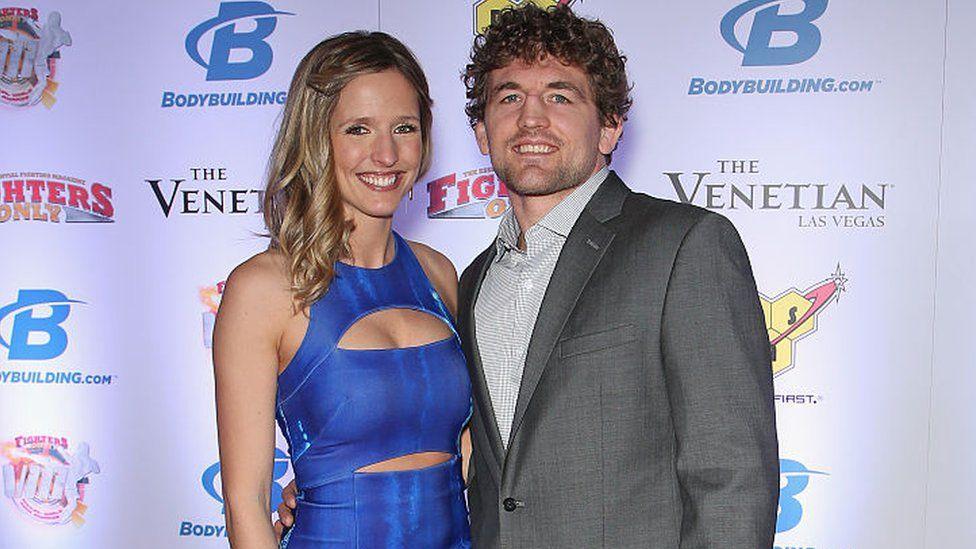 By profession, Ben Askren’s wife, Amy, is a licensed real estate agent. She serves at Firefly Real Estate, which is located close to Milwaukee. Amy Askren is into bringing houses back to life once she finds the favorable property to the client.

She holds a B.A. in Finance from the University of Missouri. Following graduation, she commenced her real estate career in Tosa, where she was in charge of reshaping and selling the house.

The couple tied the knot to one another in April 2010. They have been on the perks of romance, tidbits, and household chores for almost a decade. In April 2020, the retired mixed martial artist wished 10th marriage anniversary to his beloved wife, Amy. 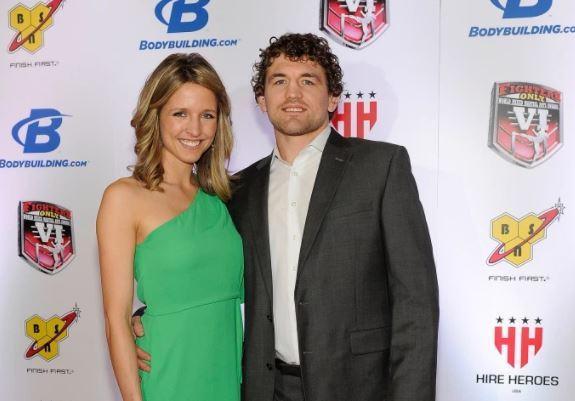 He knows when and where to take a stand for his wife, Amy too. Lately, Jake Paul called Amy as ‘thicc’ in the wake of his fight against the veteran wrestler, Ben Askren in a boxing match in April. On response, Ben Askren took it as a compliment and stated that his wife is attractive. In a similar fashion, Amy Askren slammed back the offensive slang by uploading a photo of her in a min van with sarcastic caption: “thicc lady whip.”

How many children does the couple have?

Ben and Amy are the parents of three children. They are also fond of a dog too. The couple has two daughters- Andi, Alex, and a son, Ozi. 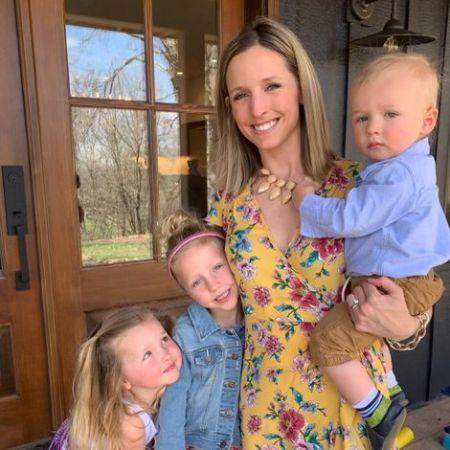 Amy’s Instagram account provides a glimpse of Ben’s fatherly side on sight. Well, it is rare to see on the wrestling or MMA premises. He watches his favorite wrestling tactics with his little boy, Ozi. Also, the two little girls are obsessed with watching their father’s roots in a boxing ring.

How old is Ben Askren?

Born on July 18, 1984, he is in his mid-thirties, 36 years old to be exact. He hails from Cedar Rapids, Lowa, US. Askren started wrestling during his college days; he is notable for pinning down his opponents. Hence, his funky and unorthodox wrestling came to the limelight though he lost NCAA Championships in 2004 and 2005 simultaneously.

At one time, his younger brother, Max competed for Wrestling in Missouri and won the title ten years back in 2010. Askren is tall, not so muscular but had different wresting tactics that even well-built wrestlers didn’t have. After wresting, Ben moved to MMA, UFC, and Boxing match consecutively.