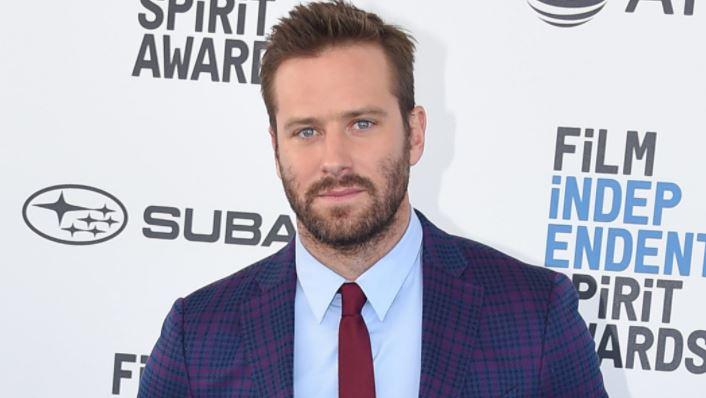 An actor, Armie Hammer, is blunt and outspoken and it has tangled him in outrageous relationships and affairs.

His family lineage is a big business tycoon- his father Michael Hammer is a businessman and his great grandfather Armand Hammer owned an oil business. Armie Hammer made his own fame in the entertainment industry with the pioneer leading role, Billy Graham in the movie, Billy: The Early Years. He is also known for his appearance in films- The Social Networks, Call Me By Your Name, On The Basis Of Sex, and The Man From U.N.C.L.E.

This 2020, the name, Armie Hammer is everywhere. His former girlfriends and his ex-wife, have teamed together to reveal the actor’s inappropriate and nonconsensual behavior. 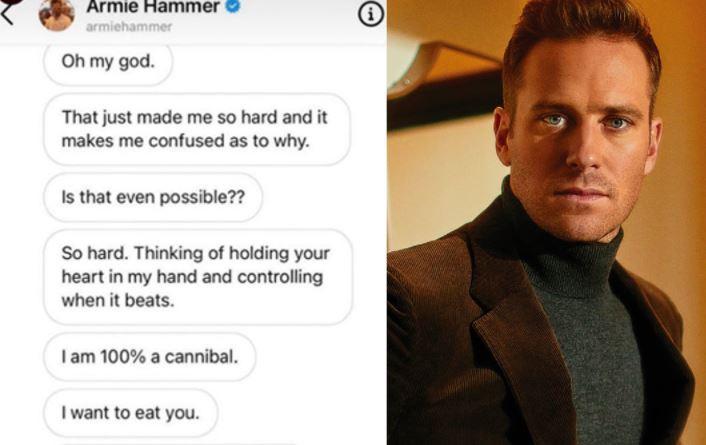 And the hoards of Armie’s former girlfriend have reached out to his ex-wife, Elizabeth Chambers, who only has an idea of his infidelity but nothing more. Nonetheless, they claim that Chamber is familiar with Hammer’s manipulative and abusive behavior.

One of the messages had him claiming “I’m 100 percent cannibal, I want to eat you”. And another one had the graphic image of the actor in an attempt to choke him. Thanks to the Twitter username, House of Effie, who shared a video of her alleged relationship with the actor and confined other women to unmask him. It worked. 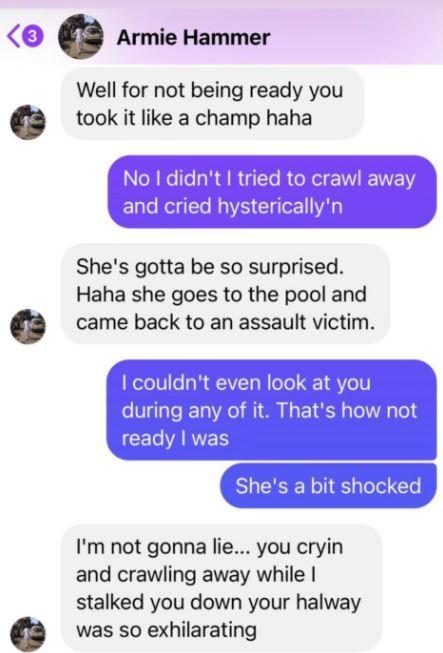 Courtney Vucekovich, the ex-girlfriend of Armie Hammer, revealed he would lick and suck her fresh wounds and desired to have her flesh. They briefly dated for two months. Further, another ex-girlfriend, Paige Lorenze, stated that the actor carved his initial ‘A’ near her vagina and confessed his desire of eating her ribs. On the contrary, Hammer’s lawyer defended the ‘Call Me By Your Name’ actor claiming that their conversation was consensual and mutually participatory.

Armie Hammer’s ex-wife was aware of his infidelity

In 2010, Hammer tied the knot to the television personality, Elizabeth Chambers. After dating for years, they were happily leading their married life with two kids. Last year the duo announced their separation via social media. The pair didn’t open up about the reason behind their split, but they agreed to stay as compassionate and responsible for their two children. 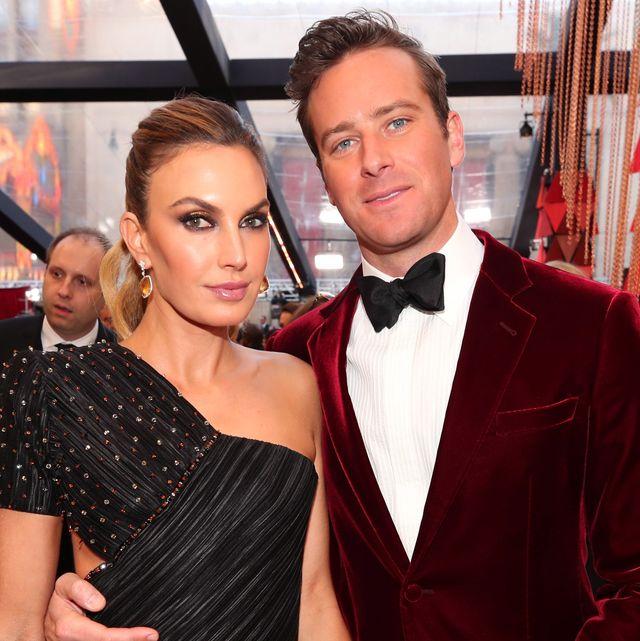 Nevertheless, the sources report that she knew Hammer was cheating her with other women. Hence, she might have thought about separation but didn’t choose to say it in public. The leaked text message between Hammer and his ex-girlfriends also pointed out his issues with Chambers. Even one of the accusers authenticated the actor had many alleged affairs amidst his married life:

‘when [Hammer] has a fight with his wife, he’d reach out to his kitten, and when they had a fight, the next day he would just reach out to his other kitten with the same message. Naturally, all fights revolving around [Hammer’s] bad treatment of women.’

Being a subject of tabloid, he was initially kicked out of the movie ‘step away’. Again, he has requested to consider the recast for the movie ‘Shotgun Wedding’, as Hammer was ready for its shooting in the Dominican Republic. In response to the Twitter trend, he claimed them to be an online attack which he chooses not to answer:

“In light of the vicious and spurious online attacks against me, I cannot in good conscience now leave my children for 4 months to shoot a film in the Dominican Republic, Lionsgate is supporting me in this and I’m grateful to them for that.”

For more articles on Celebrity Relationship and Affairs, bookmark EverythingCeleb.com!