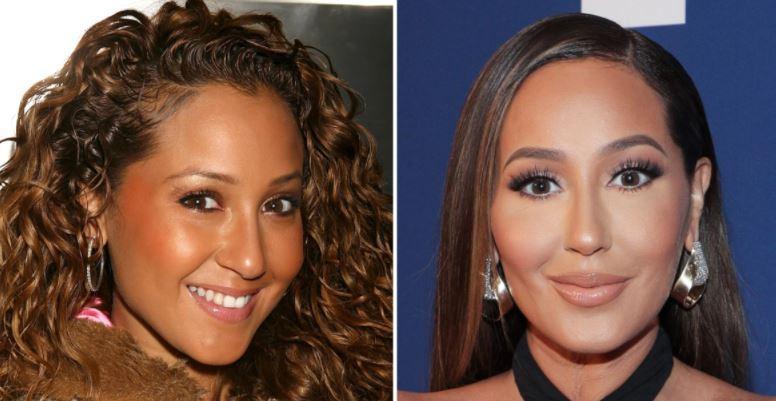 Adrienne Bailon, a famous American singer and former Disney star turned “The Real” co-host, had gone under the knife when she was still a teenager. But did she stop at once or continued having surgeries to look more womanly?

Bailon is known for her teenage role as Chanel Simmons in Disney’s film “The Cheetah Girls.” She is famous as the former lead singer of the girl group 3LW and Cheetah Girls.

So, let’s find out in-depth about Andrienne Bailon plastic surgery. Was the pain of going under the knife worth the gain?

It is unsurprising how a person can be unsatisfied the way they look; but thanks to medical enhancement, people can achieve the look they desire the most.

Likewise, Adrienne, who was unhappy with her small breast, had breast implants surgery to feel ‘sexy and womanly’ when she was still a teenager. She was only 19 when she went under the knife in Miami, Florida.’ 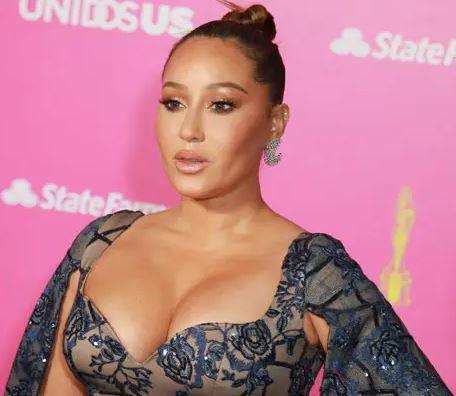 Caption: The Cheetah Girl singer body transformation after going through the knife.

After the surgery, the change in the size of her breast was unexpectedly huge. Bailon wanted a B-cup size but ended up with a DD size. Once worried about not having big breasts, she began worrying about people thinking she had “fake b**bs.”

In the television chat show ‘The Real,’ Bailon opened up about removing the breasts implants from her body in 2013. Once again, she went under the knife. But this time, she removed the previous implants and went on for lifting.

The mother of four hasn’t confirmed any other surgeries on her body but revealed that she would do boobs lifting after having children in the future.

Though Bailon admits to getting breast implants, she is scared of going under the knife to her face. But, it was just a line to dough the bullets from criticism.

Fans believe she has likely had rhinoplasty and lip fillers on her face. Her lower lip has almost the same thickness as the upper lips, which seem to be lip filler’s work. Not only that, the sculpted looks on her face point out that Bailon has also had cheek augmentation.

Some fans have expressed their thoughts on her implants by impression on her Instagram via comment section.

An Instagram user @mrsjonesny commented on Adrienne’s photo, writing “Worst plastic surgery EVER!!!!! U was sooooo pretty why change.” Another user @successful_30 commented on her post, “What happened to your face? U use to b so cute.”

@kremedelvkreme wrote: “Stay from under the needle, you’re ruining your face.”

The 37-year-old co-host looks completely different as we scroll down in her social media post. Before Bailon had her boobs job done, she had small cup-sized breasts which are completely visible in her after picture. She also has a wide smile and a chubby cheek, which is purely natural. 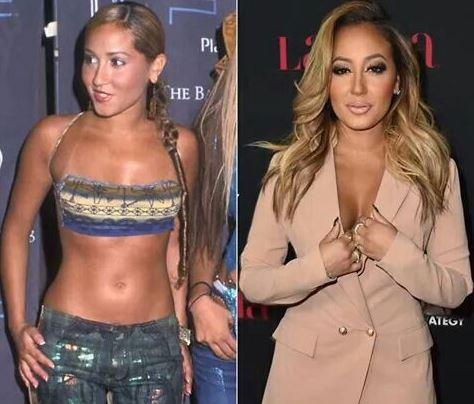 Caption: Adrienne before and After pictures.

The mother of four has regrets for having breasts implants. Now, she recognizes the plastic surgeries and mortality aren’t worthy of life. She shared her thought to a source, saying:

‘Life is totally different from what you thought when you were older versus what you think you are older.’

As one of the victims, Bailon advises all the young ones to rethink before having their body transformed.